Oregano is one of the most widely used herbs. Oregano is a name given to several unrelated plants that share a similar flavor.  There are two main oregano groups:  the oregano used in Italian and Greek cooking is a low spreading plant: Origanum vulgare.  This is a member of the mint family.  There a lot of different varieties of vulgare.  Greek oregano is origanum heracleoticum.  It is large leafed and spicy.  Italian oregano—the true Origanum vulgare-- is smaller leafed and sweeter.  The Origanums are typically low, spreading mounds that need afternoon shade.   They can be grown from seed or from cuttings.  There are a variety of hybrids including many with marjoram.  If you have ever tasted marjoram and oregano side by side, you will notice that they are very similar in flavor.  One of my favorite oreganos I bought as “Mediterranean oregano” but I think it is actually a hybrid with marjoram.  It is, however, winter hardy with a little protection and a vigorous grower in shade with spreading habit.
​
The other bushy shrub we call Mexican Oregano, pictured above, is Lippia gravelens or Lippia palmeri.  This is a tough little shrub that does well in the landscape and blooms fairly reliably.  It is the oregano flavor in Mexican food and an essential ingredient in Mexican cooking.  The stems are very woody and some people claim that its leaves are best used dried.  Mexican Oregano will take full sun with moderate water.  It is best grown from cuttings. 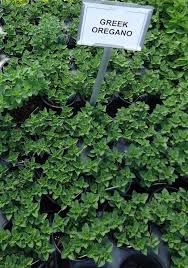 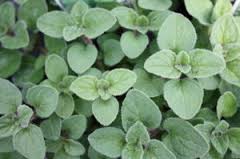