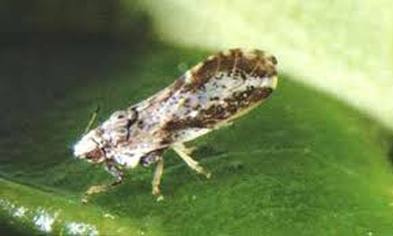 Asian Citrus Pyllid
As citrus greening disease sweeps through the US citrus industry, many of us waited with dread since we all knew it was just a matter of time before it got to Texas.  So we weren’t too surprised when we got word that--sure enough—it had been observed in the valley.  Spread by the Asian citrus psyllid, this lethal and incurable disease known as huangglongbing (yellow dragon disease in Chinese) or citrus greening could easily wipe out citrus in this country.  This is not an exaggeration.  So far, nothing has even slowed it down.

So cheer this announcement this week published on Science Daily: “In 2011, for the first time entomologists at the University of California, Riverside released Tamarixia radiata, a wasp that is the natural enemy of ACP (Asian citrus psyllid), in an orange grove in Riverside to help control the psyllid.  But is this wasp safe to use? Does its introduction pose any risk to the environment?

“Results from Federally mandated tests performed at the University of California, Riverside now show that Tamarixia radiata is indeed safe for the environment and poses no undue risk to other insects, humans, or pets.  'Our work demonstrates that  Tamarixia radiata  is very specific to the target it is being released to kill—the nymphs of the Asian citrus psyllid in this case,’ said Mark Hoddle, the director of the Center for Invasive Species Research, whose lab performed the tests.’” 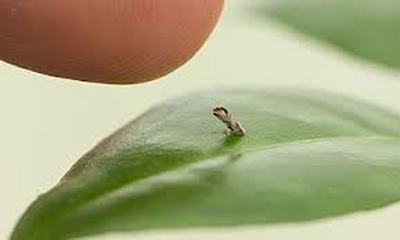